The DFW area is one of the most lucrative spaces to be in if you are involved in real estate, with an ever expanding workforce and higher than national average return on investment properties. But there are some trends and pitfalls to watch out for. All of which we will try to touch upon on this article
In terms of the positives Dallas has successfully added over 100,000 jobs in 2017 which is no surprise given its aggressive growth in 2016. Though this is just a bit lower than what the growth was in 2016 it is still an impressive 2.9% as opposed to the national average which was around 1.45%. This kind of growth gives developers the confidence that in the coming years much of the inventory will be comfortably absorbed in the DFW area by incoming residents.
DFW area has also seen a healthy capital appreciation in property prices which is very good for existing property owners but this capital appreciation is not entirely in sync with rental income appreciation. This mismatch has created a slight dip in the CAP rate which has averaged out to about 6% in 2017.
The certain pitfalls to watch out for in this area is the aggressive addition of inventory. If this is not checked there might be a future excess of inventory significantly reducing the property prices. At present the absorption rate exceeds the addition rate but with the kind of new inventory added to the market every year this will soon not hold true.
One must also watch out for the median price of homes as compared to the average income of incoming residents. The upward movement of property prices is a boon but if the prices are driven to a point which is not affordable by majority of the population this will create a negative environment. This could lead to anything from depreciation in home values to extra holding time and costs for developers/ investors.
Overall the DFW area seems to be holding its place as the hot and upcoming market to invest in as long as government policy remains pro job creation and the developers/investors maintain a sustainable view in terms of inventory and pricing. 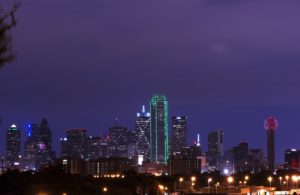